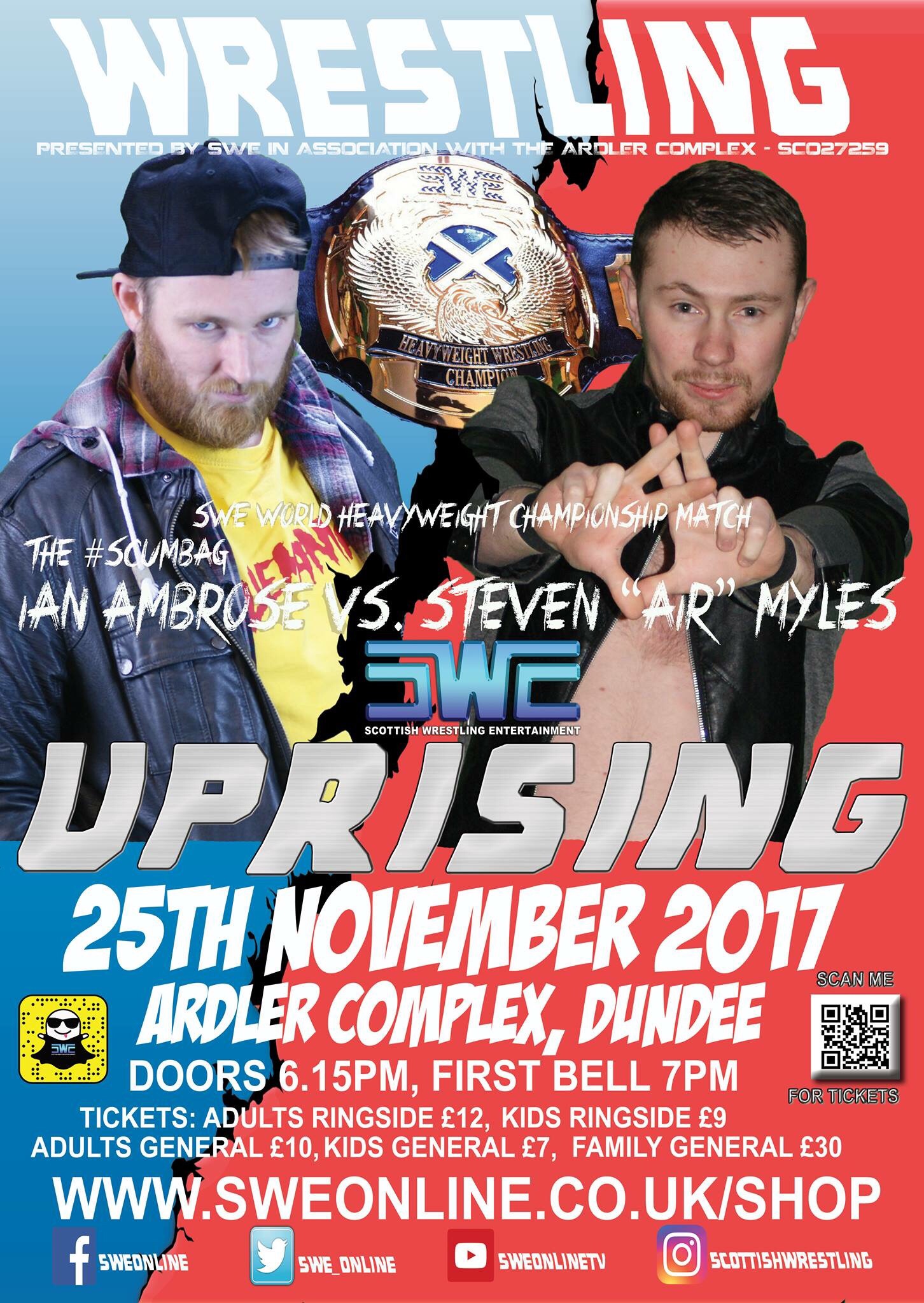 Following the match, Blair challenged Grue to a five-ob-five match at “Seasons Beatings”.

Eric Bischoff appeared on screen to announce that Alex Webb was the newest member of the gWo.

The Heel Reel was interrupted by Grue who reinstated Edith Summers, BRaveheart revealed he had joined Team Grue.

Following the match, Ambrose gave Myles a tombstone onto the title belt. Felix Fortune then appeared and cashed in the Fast Track Briefcase…