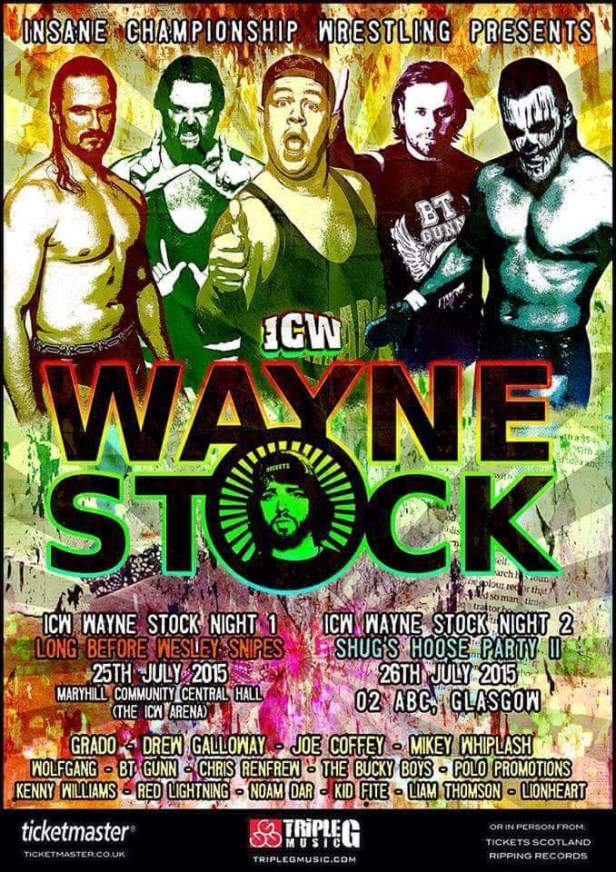 Gunn pinned Whiplash after powerbombing him on several steel chairs

DCT & Viper’s Wedsing was interupted by The 55, until Grado made the save and this lead into his match.

Joe Coffey caused the distraction allowing Grado to win, Grado then made the challenge to who ever will be ICW World Champion at “Fear & Loathing VIII” to face him with the title on the line.

ICW Zero-G Champion, Stevie Xavier & Kay Lee Ray would once again get involved and KLR got put through a table by Rhino.

The no contest was called when ICW GM, Red Lightning cancelled the match once ot had started and then sent The 55 out to attack them.